Shop Our Wood Products
You are here: Home / Maple 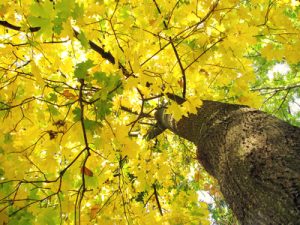 There are two different types of maple wood. Some species are what is called “soft Maple” and one species is considered “hard Maple”. Hard Maple typically refers to the species Acer Saccharum, which is commonly known as Rock Maple or Sugar Maple. On the west coast of the United States the soft Maple species most often found is the Bigleaf Maple, while in the eastern United States it will usually be the Red Maple or the Silver Maple. You may wonder about the difference in the hardness between the two types of Maple. While hard Maple is obviously harder than soft Maple, for many purposes the soft Maple will be hard enough to do the job. Soft Maple is really only soft in relation to hard Maple. The main purposes for which you would want to stick with hard Maple would be those in which strength, hardness and durability would be highly important, such as butcher blocks, flooring, workbenches, etc. Hard Maple is about twice as hard, on average, as soft Maple because it grows about half as fast as the soft varieties. Soft Maple is often used in products where a hardwood of moderate density is needed. Soft Maple is a little easier to work with, and it won’t dull cutting edges as quickly.

Hard Maple is a strong, hard, and durable wood that stains and finishes well. It has cream to white sapwood and light red-brown heartwood. It has somewhat curved grain lines, and sometimes can be found with highly figured birdseye, burl, flame or quilt grain patterns. In soft Maple the sapwood can be very white and the heartwood is tan to gray in color. There are often extreme differences in color in one board.

Maple wood is used in making furniture, flooring, cabinetry, bowling pins, tools, also for tonewood and many other products which require a strong, resilient wood.